How I Wrote “BASIC Interactive Graphics”

Since 1981 the world was swept away by the existence of cheap personal computers such as ZX Spectrum and Commodore 64. Millions of these devices were sold, creating a need for software and documentation — I have the hardware, what else can I do with it? A new class of magazines — computer magazines, appeared out of nowhere.

It was obvious that graphics would play a big role in the future of these little computers, so I started out my freelancing career as a writer of a book called “BASIC Interactive Graphics”. The publisher was a UK publishing company called Butterworths, which later became Butterworths – Heineman. I liked one of their books, I wrote a letter to the company, told them what I wanted to write and we had a contract. It was my first book and I wrote it in English, which is not my mother’s tongue at all.

It took me a year to write it, and it took them another 13 months to print it. The print run was 2500 copies and it sold out but the delay meant that there could be no more any print runs. You can still find that book on the amazon.com! 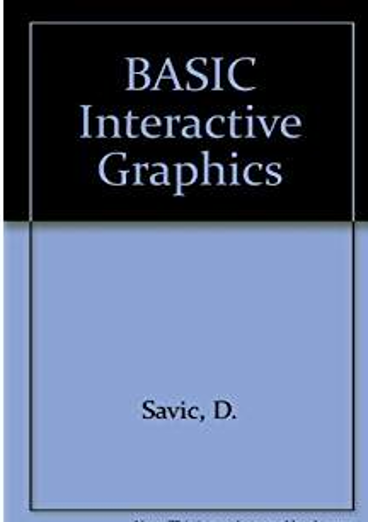 1 Response to How I Wrote “BASIC Interactive Graphics”