How I Wrote “Object-Oriented Programming With Smalltalk/V”

The era of object-oriented programming began some time in mid 1980s. New languages started to appear and one them, Smalltalk, began to be available on the then ubiquitious PC. Smalltalk/V was the version for DOS. It offered a rich set of graphics, fonts, shapes and it was as close to the original Smalltalk as it was possible then. (The “v” in the title meant that it used the memory of the PC in a virtual way, so it seemed that the memory was limitless.)

I have programmed in many languages, starting with FORTRAN IV on IBM 360/44 at the university. GPSS, FORTH, BASIC, Hisoft Pascal, Turbo Pascal… whatever was available for the microcomputers, I tried it out. Smalltalk was a treat. Previously I have seen it on expensive desktop stations on computer trade shows, for about a five minutes a year. And to be able to really use — I was in the programmer’s heavens! And it had objects…

After the first fascination passed out, I realized it was quite a difficult a language to work with. I had to read the documentation and try out all those classes and methods, class methods and so on. The notion of the dispatcher became really important while I was writing this book! But it was worth it. To be able to produce such software on the PC, that was beyond imagination for people used to dBase II.

I wrote this book for almost two years and I almost missed the last deadline but yeah, it finally reached the stores. The first run was 1500 copies and some 300 were added in the second run. It was my first hard cover book, more expensive but it had its range of buyers.

It was printed in January 1991 and literally yesterday, on the 29th of August 2017 I learned that that book was translated into Japanese! More than a quater of a century later! The translator, Mr. Fuminori Kobayashi, found me after all this time and it was a great news for me.

The Japanese publisher is the Toppan company. 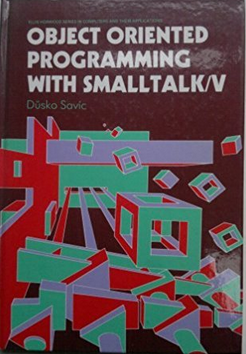 You can still find the English version of the book on amazon.com!