Click here to see the list of services and prices that I offer through this site and my company PC Program doo. 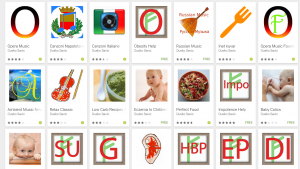 Hello I am Duško Savic. I have a university degree in Numerical Mathematics and Cybernetics, and I have run my first FORTRAN IV program in 1976, some 36 years ago. I have always studied computer programming and programming languages and have tried or explicitely have written code in more than 15 various languages, such as BASIC, Fortran, C, C++, Pascal, back in the ’80s and in the last 20-odd years, those were Smalltalk-V (my favorite language so far!), Ruby, PHP, Java, JavaScript, CakePHP, Objective C and so on.

I have written 25 books covering programming and usage of DOS and Windows software. My first three books were written and published in English, which is not my mother’s tongue. Other books were on using Microsoft Word, Windows, creating sites, introduction to Internet, programming in Turbo Pascal and so on.

On the Internet, I usually create sites with WordPress, Joomla and cakePHP. I also create Android apps and Kindle books.

I own a publishing company PC Program doo, which has published more than 50 books on paper in the pre-Internet era. I also worked as an editor in one large company that publishes technical books, and I have also translated several computer related books for other companies.

Finally, I am a professional astrologer and I develop plugins and apps for Buzztouch platform, both for Android in Java and for iOS in Objective C.