Porting Kindle Ebooks To Google Play and App Stores, in English and Chinese

I have successfully ported my own Kindle books to apps and I have done that for other publishers. Here is an example of my work for another publisher, for Android: 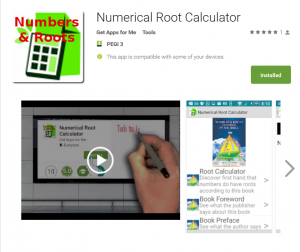 and here is the same account in the App Store: 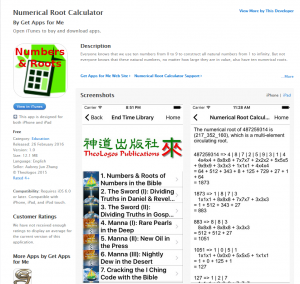 Here is the book that the apps were ported from, in the Kindle store: 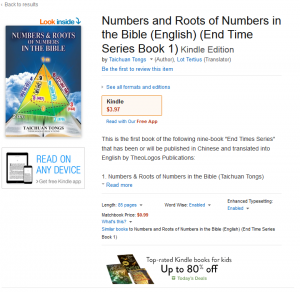 I have developed specialized software for porting Kindle software files to Android apps in a matter of minutes, back in 2013. So that part was under control and I was confident that I could port anything from HTML files to Android relatively fast. However, although the ebooks in the End Time Series were developed for Kindle, I was presented with MS Word files instead of pure HTML. Word is notorious for its bad handling of the HTML and this time it was no better. I had to manually divide the main book file into chapters, as that is what the Kindle to apps software of mine expects. Then there was the case of several special characters, which look very professional on paper, but just do not matter in HTML pages and apps which read those pages. Converting these characters had to be done from file to file, almost by hand, all of which took much more time than I expected.

Once the initial preparation was done, I still had to insert the codes for software to work with. You would expect that the chapter headers would be properly formatted in Word, but that was not the case either. One chapter was extremely long and that is not readable on most phones (and not even very well on tablets), so I had to divide it into several chapters, again.

Once that was done, and since the ebook was to be converted to both Android and iOS at the same time, I used the same core files for both. With the framework that I used, that is not only possible, but it is the preferred way: once you finish the app on your server, you should be able to publish it without changes on both platforms. Yeah right, when I finished everything, the display of HTML pages, the ones with text from the ebooks, was too small. That is, the fonts were so small that it was virtually unreadable. Once I realized the problem, the easiest way to solve the readability problem was to write a completely new plugin for display of the HTML pages — I called it HTMLBook. It does what Custom HTML, HTML Pro and other similar plugins do — read in the HTML page and do something with it, except that now you also have a new button at the bottom of the screen, which enables to dynamically change the size of font AND reformat the text properly. I shall describe the HTMLBook plugin in another post, but suffice it to say that this was another time sinking hole — just when I thought the app could be published, I had to develop an completely new plugin, for both platforms, with totally different solutions underneath.

Publishing Apps in English and Chinese

These ebooks originated in Chinese and were translated to English, so the publisher wanted to have both versions of the apps, published in both stores. As you can see from the above links, that makes for two English and two Chinese apps for Google Play and another two English and another two Chinese apps for the App Store. The publisher was kind enough to translate several hundred of simple apps messages to Chinese (Downloading, Something is wrong… etc) and of course, he provided the Chinese texts to turn in to apps. Images and text in icons had to be changed but, thankfully, the overall structure of the apps was always one and the same, which made everything not only easier but possible, too.

To translate the Android app, I used the facilities that the Android environment already offers to that purpose — various string constants in two languages, hidden so that the Android software still knows which are the right ones to choose, so that was not so bad. For iOS, the translation almost turned into a hack. Both the English and Chinese the sentences are in the very same plugin, and there is one switch in the control panel of the HTMLBook plugin that selects from English or Chinese version.

The end result, when everything was ready, was automagical. Select English, and you have a complete app in English, both for Android and iOS, and then you select Chinese, and once again, “with a press of a button”, you get the Chinese versions of apps, ready to be published in the stores.

Once these technical hurdles were under way, I had to make the best use of the new apps for the benefit of the publisher.

Should Apps Duplicate Ebooks Or Should They Be Original On Their Own?

In my opinion, apps can do more that ebooks, and to do that, they have to be interactive. The user is automatically interested in anything they type into the app and get the result back, so that’s what I did.

My idea was that you do not simply put the content from the book into the app, as that would not easily pass into the App Store. So I have developed a special plugin that does complex calculations that the Kindle book is based upon and try to interest the potential readers to get the original book in some way.

When someone visits the Kindle part of Amazon, they already have an intention of buying something. Alas, visitors of the app stores usually want things free and it would be really unusual for someone to spend 9 bucks to buy the app with the book content (while they will do that on Kindle). So these apps ended up as “loss leaders”, with three chapters from the books free, with a plugin to calculate free and with a possibility of getting the users email address to form a list.

Other approaches are possible: if the book creates its own universe, the app for the book could a game of some kind, or at least contain a quiz. But for me, forming an email list should be a priority for an app that converts from an ebook. Then you can lower the price for your ebook on Kindle and send the notification or email to your app list… boom!